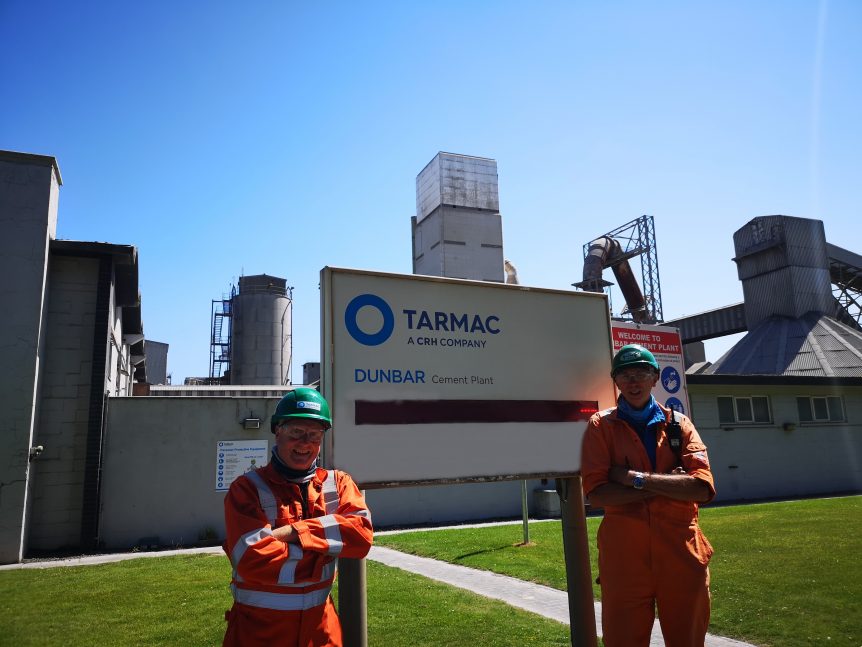 When Alistair Punton and Robert Wilthew started work in the cement industry, James Callaghan was Prime Minister, and the country was facing its worst ever drought – this month the pair are celebrating clocking up 90 years’ service between them.

Alistair’s 45 years began in 1976 with an apprenticeship at Tarmac’s Dunbar Cement Plant which started with work in the manufacturing area, but then moved into the quarry.  He has stayed working with the quarry team ever since then, with his role changing from apprentice to electrician and the quarry location moved.  He started in what was the South Quarry which is now the adjacent landfill site; then he moved to the North West Quarry which is now a restored lake; finally, he moved to the North East Quarry which supplies the cement plant now with stone.

Away from work, Alistair has another long service activity to celebrate – 28 years with the Dunbar Royal National Lifeboat Institution (RNLI), something that Tarmac has fully supported over the years.  His role with the RNLI is that of second mechanic on Dunbar’s Trent class all weather lifeboat.  This role involves not only responding to emergency calls 24/7, but also providing cover and assistance to the station’s full-time mechanic.

In addition, he is a keen amateur archaeologist having been involved in several important local digs at significant historical sites such as the rescue excavation adjacent to Dunbar Castle in preparation for the construction of Dunbar Leisure Pool and complex.

Commenting on his long service at Tarmac’s Dunbar Cement Plant, Alistair says: “It’s the people at Dunbar Plant that make it such an interesting , varied and worthwhile place to work.”

Robert’s 45 years cement experience began a bit further south at the former Weardale Works near Durham.  His father worked there from 1963 and gave him guidance on his interview which landed him a position as an apprentice fitter turner, starting straight from school in one of the hottest summers on UK record!

In 2002, when Weardale Works was closed, Robert was offered relocation to Dunbar where he began work as a mechanical maintenance fitter. He has now worked for 19 years as a mechanical inspector on the mill which grinds raw materials for the cement kiln.  And, he says,  having built up nearly 20 years’ expertise on the operation of the mill, if it ever breaks down, he takes it personally!

“The cement industry is in my blood,” he added.  “With my dad introducing me to it, I was so proud when I got my apprenticeship back in 1976.  I love the challenging environment and every day is different.  And now we are going in to a third generation of the family working on a cement plant, with my son who has been working as a contractor at the Dunbar site.”

Commending Robert and Alistair on their long service Chris Bradbury, Dunbar Cement Plant manager said:  “We are incredibly lucky to have employees like Robert and Alistair on our team.  Their decades of experience brings expertise which makes a significant difference to our operation – and younger team members continue to learn from them. Many congratulations to them on their impressive long service.”

Picture caption:  Robert Wilthew (left) and Alistair Punton (right) have clocked up 90 years’ service between them. 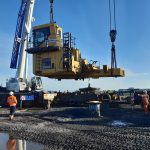 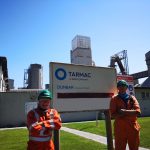 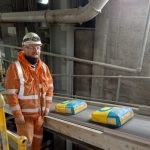 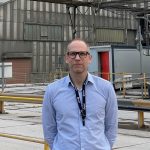 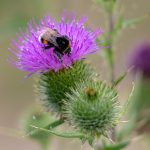 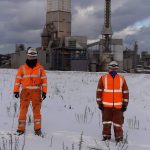 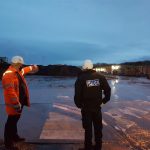 Collaborating with the Police on site security 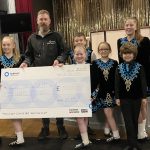 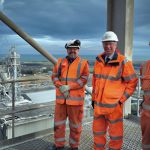 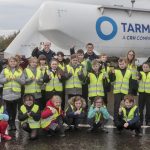